The Italian Republic is a nation fully aware of its long and rich history. Its culture has inspired others in different fields such as science, cuisine, religion, customs among others. Nowadays, many Italian brands lead the world ranking in their respective niches and we perhaps should expect nothing less from a people whose Capital city is more than 3000 years old. Whether you are planning to spend a study year-long program in Italy or you’re going to take a vacation in this beautiful peninsula, and you are curious about this fascinating country, we present you 40 facts that might surprise you about Italian Culture. We believe that these interesting subjects will help you to break the ice with locals and allow you to squeeze your time in Italy enjoying its own special features.

01. Vatican City is the only nation in the world that can lock its own gates at night. It has its own phone company, radio, T.V. stations, money, and stamps. It even has its own army, the historic Swiss Guard.

02. In 1454, a real human chess game took place in Marostica, Italy. To commemorate the event, each September in even-numbered years, the town’s main piazza becomes a life-sized chess board in a tradition that is hundreds of years old.

04. Soccer is Italy’s most popular sport, and the famous San Siro Stadium in Milan holds 85,000 people. Soccer fans in Italy are called tifosi, meaning “carriers of typhus.” Italian soccer fans are known for their rowdy behavior and lack of inhibition. 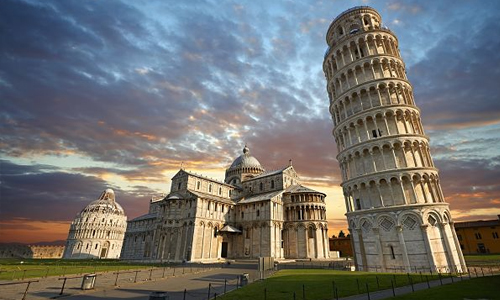 06. The Leaning Tower of Pisa built in 1173 is the most famous Italian monument. The tower probably because of its weak foundation started leaning soon after its construction. Reconstruction work was carried out in 2008 and the engineers declared it safe for another 200 years.

07. The Sardinian islands are famous for their “witches” who make health potions for local people. The “witches” are usually women and they use a secret language that they pass on to their daughters.

08. Italians celebrate most Christian holidays. The celebration of the Epiphany, celebrated on January 6, is much like Christmas. Belfana, an old lady who flies on her broomstick, delivers presents and goodies to good children, according to legend.

09. Italy is said to have more masterpieces per square mile than any other country in the world,  not for nothing it has 50 UNESCO World Heritage Sites registered.

10. Family is an extremely important value within the Italian culture. Many single Italian children live at home until their 30´s. Their family solidarity is focused on extended family rather than the West’s idea of “the nuclear family” Children are reared to remain close to the family upon adulthood and incorporate their future family into the larger network.

11. Opera has its roots in Italy and many famous operas — including “Aida” and “La Traviata,” both by Giuseppe Verdi, and “Pagliacci” by Ruggero Leoncavallo — were written in Italian and are still performed in the native language. It is not surprise that Italian is the the language of music. The word “scale” comes from scala, meaning “step.” And andante , allegro, presto, and vivace are just a few of the many Italian musical notations.

12. Parmesan cheese originated in the area around Parma. Italians also created many other cheeses, including gorgonzola, mozzarella, provolone, and ricotta. No one knows when the pizza was invented, but the people of Naples made it popular.

13. No other country in Europe has as many volcanoes as Italy. This is because the Italian peninsula stands on a fault line. Three major volcanoes (Etna, Stromboli, and Vesuvius) have erupted in the last hundred years. 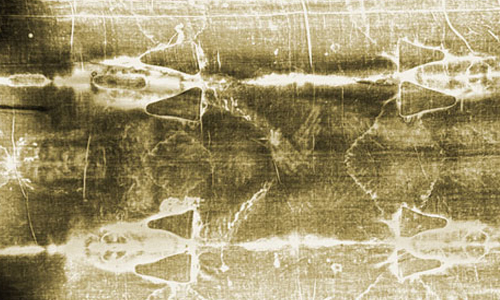 14. The Shroud of Turin is an ancient piece of linen cloth believed to bear the faint imprint of a male body, perhaps Jesus Christ after he was killed. It has been in the Turin’s San Giovanni Cathedral for at least 420 years.

15. Galileo Galilei (1564-1642) was an Italian-born scientist. When he argued that the Earth revolved around the Sun, the Catholic Church imprisoned Galileo in his own house. The Church issued a formal apology in 1992.

16. Traditionally Italians don’t put their meatballs in their pasta. In most Italian meals, the first course (Primo piatto) is pasta followed by the main course of meat or fish (the secondo piatto). Furthermore no one area of Italy eats the same things as the next. Spaghetti and pizza, come from central Italy. Fish, potatoes, rice and different types of cheeses from North Italy. In the South, tomatoes dominate dishes, and they are either served fresh or cooked into sauce. Southern cuisine also includes capers, peppers, olives and olive oil, garlic, artichokes, eggplant and ricotta cheese.

17. Don’t be surprised if your hotel in Italy doesn’t have a 17th floor. Italians believe that this number is unlucky because when the Roman numeral for 17 (XVII) is rearranged is looks like VIXI, which means “I have lived,” a symbol that’s associated with death.

18. The highest peak in Europe is in Italy. Mont Blanc (White Mountain) is 15,771 feet high and is part of the Alps on the border of France.

19. According to Italians, placing a hat on a bed is bad luck. Traditionally, when priests visited the dying to give them their last rights, they would remove their hat and put it on the bed.

20. Believe it or not, volleyball is a very popular sport in Italy. In fact, the Italian Volleyball League is one of the most well-respected and talented leagues in the world.

21. In the city of Turin, dog owners must walk their pooch at least three times a day or risk being fined.

22. Italians are known for communicating with hand gestures and facial expressions. They’re also known for being late! 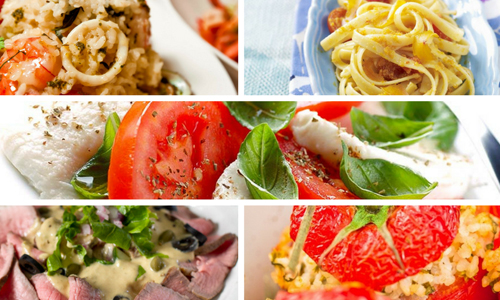 23. When dining in Italy, don’t ask for salad dressing or other condiments. Olive oil is the only acceptable “condiment” in Italy.

24. Many Italians believe in la scaramanzia, which can be translated as superstition. Italians believe that if someone brushes over your feet with a broom that you will never get married. They also avoid romantic candles in the bedroom because candles are for lighting when someone dies.

25. Around 3000 euro of change is thrown in the Trevi Fountain by tourists daily. It is then collected and donated to charity.

26. No wonder why Italians love caffeine, the espresso machine is an Italian invention built by Angelo Moriondo in 1884. Fourteen billion espressos are consumed in Italy each year. Italians use 3.7 kg of coffee per capita. If you’re looking for your favorite “latte” in Italy, you’ll probably be served a glass of milk. Instead, ask for “latte macchiato” which is milk with espresso.

27. In Italy, do not give someone your best wishes. Instead, say “In bocca al lupo” or “into the wolf’s mouth,” as this means “good luck.”

28. The word quarantine is derived from the days of the Black Plague when ships entering Venice were forced to anchor offshore for 40 (or quaranta in Italian) days before being permitted to unload.

29. Only 3 to 4 Gondolier licenses are issued in Venice annually. To qualify, applicants must be able to finish an extensive training after passing a rigorous exam. There are only 400 licensed Gondolas operating in Venice today.

30. Michelangelo took a deteriorated huge block of marble and created the Statue of David after two sculptors already tried and failed to turn it into a sculpture for more than 25 years.

31. There is bronze statue of Jesus Christ submerged in the Mediterranean Sea off San Fruttuoso.

33. In central Italy, there is a fountain that flows red wine 24-hours a day. It is free to everyone, except for drunkards and louts.

34. Known as the “Three Fountains,” Dante Alighieri (1265-1321), Francesco Petrarch (1304-1374), and Giovanni Boccaccio (1313-1375) are arguably the three most famous Italian authors of all time. Dante’s Divine Comedy (Divina Commedia) had tremendous influence on Italian literature, and he is considered the father of the Italian language.

35. Many Shakespeare plays were set in Italy including Othello and the Merchant of Venice. 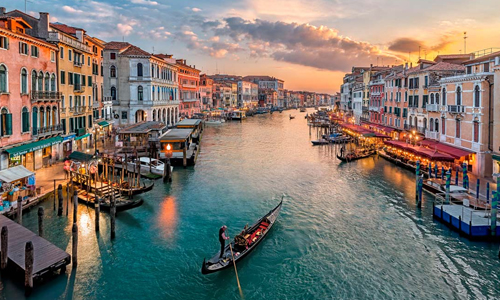 36. Venice is prone to acqua alta (or high water) in winters, due to high tides and sirocco in the lagoon. In 1974 a system of walkways were built along the city’s main pedestrian areas about 120 cm above sea level.

37. Pinocchio, the wooden lying boy with the long nose was Florentian, and created by a man named Collodi for local publication in the 19th century.

38. The University of Bologna, in Italy, is Europe’s oldest university in continuous operation since 1088.

40. The World’s longest tunnel–Gotthard Base Tunnel–runs from Switzerland to Italy. It took 17 years to build and is 57 km long.